I had no plan to have Nocturna made into an audible. One of my boys approached me and asked if I would consider allowing him to try his hand at narrating it and I thought, “Why not?”
Well, life being what it is, he wasn’t able to adequately create a recording space so the plan was set aside… until he came back and asked if I could recruit Eric A. Shelman to do it. Apparently, he was a big fan of Eric’s style.

I’d like to say that I had the chops (or clout) to seduce Eric into picking up the gauntlet, but that’s not the case. We’d been friends for some time now and when I approached him, he was like, “Sure. I can turn on my magic and make your story actually sound interesting.” 😉

How could I argue?

Anyway, we’re wrapping up things on our end and very soon we’ll be mashing the button and putting it into Audibles hands. For those of you who prefer to listen to your books, Nocturna 1: Beginning of the End should soon be available for your listening pleasure.

Don’t thank me. Thank Eric. It’s his magic that makes it sound interesting.

Posted by Heath Stallcup on February 4, 2021 in Uncategorized

Middletown Apocalypse will be released!

Wait…you hadn’t heard? WHAT ROCK HAVE YOU BEEN LIVING UNDER?!?!

Let me tell ya, as one who took part in this little endeavor…it was fun. When I was approached with this project, I wasn’t sure what was going on, but with the other names involved? I knew it would be GOOD. I was in if they’d have me.

Our instructions: Write a zompoc story beginning at Middletown University in Middletown, Indiana and ending at another location. What ever happened between those two points were up to us. We could kill off the whole world or leave survivors in the event we wanted to revisit this small town again.

So, what happens when you give eleven of the best modern-day apocalyptic writers the same idea for a story and allow their twisted imaginations to go wild?
Middletown Apocalypse… that’s what.
Set in America’s heartland, these stories begin with chemistry student Charlie Noble and wind their way through the infected landscape of middletown America.
Abell, Chesser, Evans, McKinney, O’Brien, Rosamilia, Shelman, Stallcup, Tufo, Wallen, Wilburn.
Are you ready this?

How did this come to happen? Let the man behind the project tell you in his own words:

So what are you waiting for?!

Posted by Heath Stallcup on October 27, 2015 in Uncategorized

Just in time for Halloween. Pre-order your copy today!

We’ve put together an entirely new box set just for you, the fans.  The supernatural comes to life in this limited edition box set. Featuring some of the best names in horror and working with some amazing new talent, this collection is full of terror and suspense.

Now I could stand here and blow smoke up your skirt all day, but the truth of the matter is, you’re looking at some of the most talented writers in the genre right there (and they let me join them!). I can tell you that Mark’s offering is my personal favorite of his. And those of you who follow my blog know that Whispers is my baby…my favorite of everything I’ve penned to date…and the longest.  If you haven’t read it by now, shame on you. But here’s your chance to pick it up dirt cheap and get nine other stories to boot.

Come on people…we’re talking Christine Sutton, Scott Nicholson, Eric Shelman, Chantal (Noodle) Noordeloos, Jaime Johnesee, Eden Crowne and Armand Drop-Dead-Sexy Rosamilia here. Plus Lisa Vasquez has her debut novel, The Unsaintly.  With names like these, you KNOW you’re getting a helluva deal. So what are you waiting for? Go now. Hit the hyperlink and pre-order yours. It’s available the 21st so you won’t wait long.

Do you really want to risk them running out before you get yours? Now THAT would be scary…

Posted by Heath Stallcup on October 19, 2014 in Uncategorized

So, that group of writers that I’m with?  Yeah.  Well somebody left the door open and these strays wandered in. Lucky for us, they’re writers.  That means we have to lock up the beer, hide the good snacks and lock out the PPV on the remote.  But hey, other than that, they’re a great addition.

Of the additional members, one is none other than Eric Shelman.  Eric Shelman was born in 1960 in Fort Worth, Texas.  In his early teens, his widowed mother remarried a man named Ed Middleton, and his new dad moved the family to southern California.  Eric used to write short stories that featured all of his friends as characters, but because Eric was a longhair living in Laguna Beach, California in the 1970s, you can bet they usually involved drugs of some kind (this is from him, not me, so I don’t want to get any anti-hippie hate mail!).

Fast forward … to the mid-nineties.  Eric started writing some short stories, and finally had one published.  After that, he felt it was time to write a book.  He initially intended to write supernatural fiction, along the lines of Stephen King and Dean Koontz, as well as many others. But when he discovered the story of a little, abused girl who was rescued by the ASPCA in 1874, he got sidetracked and wrote the very first book on her case, Out of the Darkness: The Story of Mary Ellen Wilson. It came out in 1999, and since that time, thousands have read it, and it is one of his biggest selling books ever. It’s also been optioned for a Major Motion Picture.

From there he wrote a thriller called A Reason to Kill and shelved it.  Eric began work on a witch novel that involved past lives, but he became so confused while writing the book that he put it down at 53,000 words and didn’t write again for eleven years.

Wow.  That was dumb. 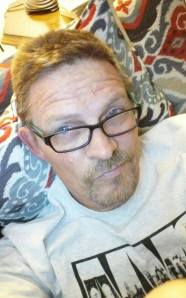 Since 2011, Eric has written and released NINE full-length novels, including SEVEN volumes of his Dead Hunger zombie series.  So … time travel, zombies, witches and serial killers.  Something for everyone … everyone twisted, that is.

Eric A. Shelman lives in Southern Florida with his wife of 27 years, Linda.

Don’t forget that his newest release, Dead Hunger VII: The Reign of Isis should be available as a paperback on Monday!

If you want to find Eric, here’s some different links:

Don’t forget folks, if you are a fan or if you become a NEW fan, the best thing you can do for ANY author is to leave a review!  We all live and die by reviews!

Posted by Heath Stallcup on July 16, 2014 in Uncategorized