Has it really been two full months since I’ve updated this thing?

Yeah, it has. Usually I try to pass the buck and say, “Well, nothing has really happened since we last spoke” and then try to invent ways to make myself sound semi-productive, but the truth is, stuff did happen.

Let’s start with the release of Caldera 5 Audible!
Yay 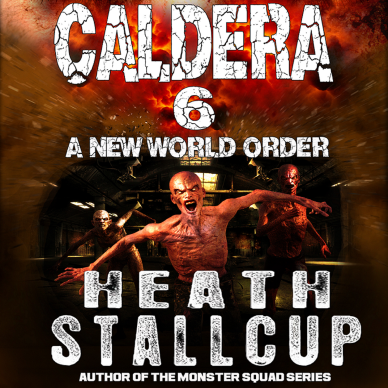 So, there’s that. And yes, Max is cleaning off a spot to fit in C7 and the rest when his schedule allows.

You really think I would have been all over those, right? I mean, I always tell you that I’ll announce here and at Facebook but once again, I dropped the ball.

In other news…Caldera 12 has been finished and sent to editing. It’s bounced back and forth and has gone into the que with the publisher. I think we’re looking at a June release for that. Maybe we’ll get lucky and see it out around my birthday.

For those of you who have been following along, this ends the Caldera series. I left enough of the characters alive that I could maybe one day go back and address them again, but really, what more could be told after twelve stories?

I’ve broken ground on Bridger’s next escapade. Some of his partners in crime will be returning and a whole slew of new characters will be added to the fold for this story. Special thanks go out to Phil Sammons, DJ White, Lisa Vasquez, Matt Laughlin, Gregg Soares, David Mauk and my childhood friend Mario Gomez for allowing me to use their names for characters. They’re all bad asses in more way than one!

Once I wrap up Bridger 2, I want to move on to other projects that are rattling around in the old noodle and use Bridger 3 as a sort of reprieve for those times that stories go stale or I just need to step away. Believe it or not, that was how Caldera came into being. I had no desire to write any kind of zombie story but when I’d get burned out on the Monster Squad, I turned to another idea just to clear my mind. Before I knew it, Caldera was born and you see what it turned into.

Until then, here’s wishing you much love, luck and bacon!

Posted by Heath Stallcup on May 21, 2020 in Uncategorized