Fathers Day, not really about Dads

My daughter in law recently posted an excerpt from the original post (two years ago now) and it reminded me…Fathers Day isn’t about us, it’s about the kids. I think maybe I need to reblog this post for this Father’s Day. Sorta help me keep things in perspective.

Used to be that this time of year really bothered me. June was a pain in so many ways.  My birthday, Father’s Day and the two were so close together. Don’t misunderstand, though.  When I was a kid, who didn’t look forward to a birthday?  The presents, getting to be a whole year older, the presents, the party, the presents? Yes, birthdays were fun when I was little.

But now?  Now it’s not so much fun.  I don’t like being the center of attention. I mean, I love it when somebody contacts me and says something like, “I loved your books!” but to celebrate something like getting older?  Or ‘Fathers Day’? I feel like I don’t measure up.  Like I’m not worthy.  Like my kids deserve so much more.  It wasn’t until just recently that I realized…Fathers Day isn’t for ME.  It’s for THEM.  It’s that day when your kids get to make the home made cards and glue macaroni to it.  Or they break out their crayons and create something that is THEIR idea of who Dad is.  It gives them the chance to celebrate and say, “I love you, Pops!”

Very few things are more precious to a parent than their memories of their kids growing up.  When I think back through ALL of the special memories…both sets of twins, all the hundreds (if not thousands) of ball games, all of the sticky faced kisses and yes…fights, I’m reminded of what is probably the first truly shocking moment of being a parent. 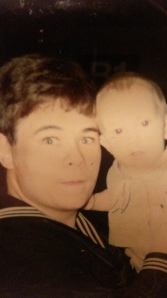 had grown up some.  He was celebrating a birthday with all of his little friends. We had taken him to see Michael Keaton play Batman and he loved the movie.  So…what does any dad (who is totally infatuated with Batman) do?  I rented the costume.

At the time, we lived in Washington state.  They had a helmet a law and I rode home in full Batman costume on a big black motorcycle (full fairing) and prayed the entire way I wouldn’t run into a cop.  Little sticky faces were plastered to the windows of every car I passed, cape waving in the wind…and there he was.  The Washington State Trooper.  He did a double take when he saw me.  Then gave me a thumbs up with a cheesy grin. He was either a fan or had kids himself. 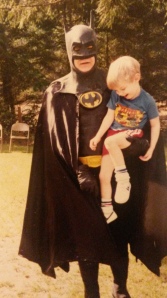 The party itself really holds little to no memory for me.  It was what happened afterward.  When the kids were all leaving and I was sick of sweating in places I shouldn’t, I snuck into the bedroom to peel off the costume.  As I pulled the cowl off I heard this small, quiet little gasp and I turned to see my oldest standing in the doorway, his eyes as big as saucers, his little face pale.  “My daddy is Batman…” It was one of those defining moments for both father and son.
Yes.  I AM Batman.  Just as you are now Green Lantern for your son.

So, to dads everywhere…BE Superman.  BE Batman.  BE…Dora.  Just BE there.

I’m gonna go to the Batcave to polish the Batmobile.  I want it to look good for when I take Wonder Woman out for my birthday dinner.

Posted by Heath Stallcup on June 19, 2016 in Uncategorized

With so many of my fellow storytellers stepping into the world of film or TV, I can’t help but daydream what it would be like. If I was given carte blanche and allowed to bring my creation to the silver screen, who would I choose?

Throughout the writing process, my characters have taken on a life of their own. To say that I didn’t envision them a certain way would be a lie. Although they have developed more over time, I still picture them a certain way as I write about their adventures. Seeing them in my mind helps me to keep their characteristics separate and their personalities in order.

A lot of people don’t realize this, but most of my characters are based loosely on real people. Not the actors that I would have portray them, but people I knew in the past. And yes, a lot of their personalities was woven into the complex tapestry that is my characters. Let’s pretend for a moment that the squads would be portrayed in film…who would I choose if I could? Well, let’s see.

Colonel Matt Mitchell could only be played by: 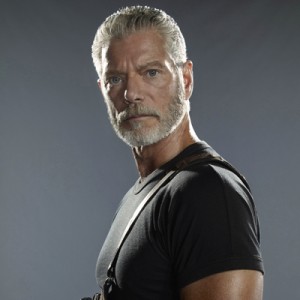 Stephen Lang.
Yes, he’s a badass, but so is Mitchell. And it’s his gravelly voice I hear when Mitchell speaks, so the fit is nearly perfect. It’s only a bonus that he’s played military men before. 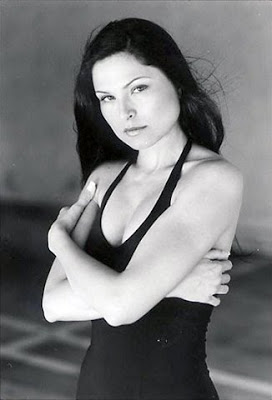 Alex Rice could pull this one off without a hitch. She’s Native American and fits the bill nicely. Since Lisa Vasquez isn’t an actor…Alex will be a great second choice! 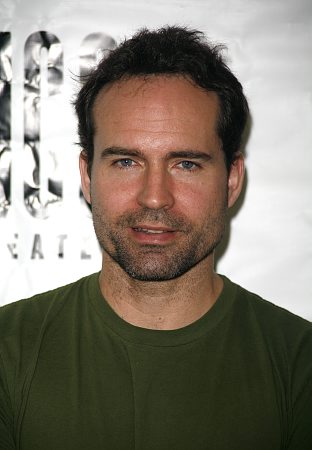 Jason Patric. He may not be everybody else’ first choice as lead operator, but this is who I think of when I think of Jack. I’ve been a fan of his since The Lost Boys. 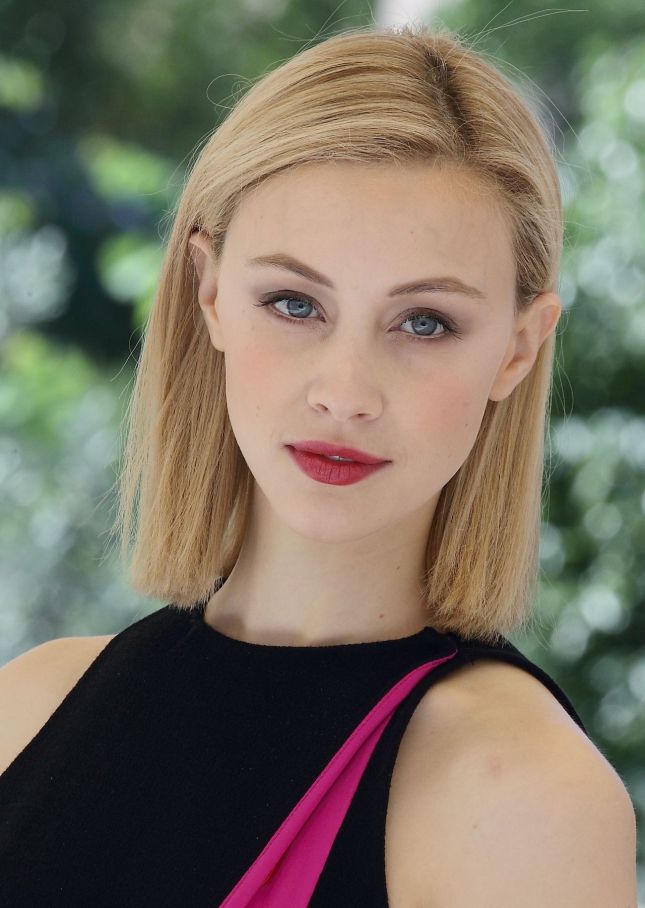 Sarah Gadon is nearly spot on who I think of when I think of Nadia. Sarah has the chops to pull off the role quite easily. 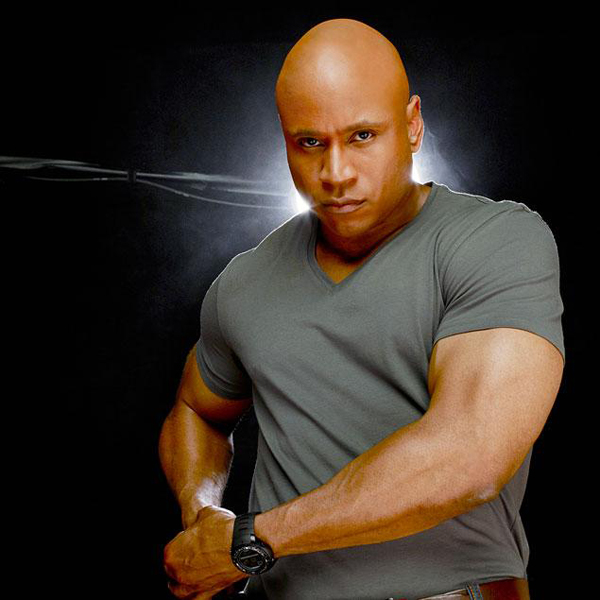 LL Cool J. He may not be a walking monster as Apollo is depicted, but Hollywood has a way of making people appear larger than they are and this guy is a bonafide badass. 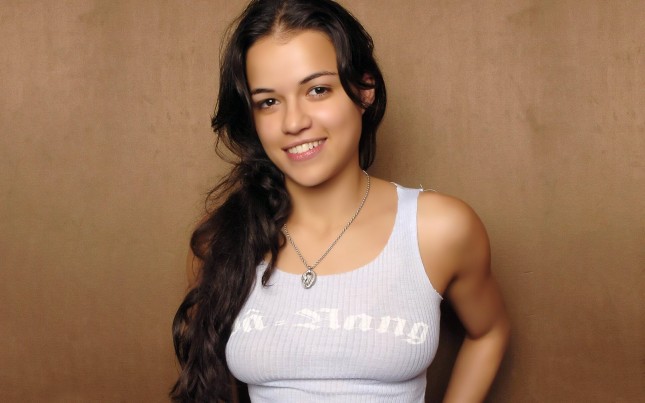 Could ONLY be played by Michelle Rodriquez. In fact, it was her role in SWAT that I used as inspiration for Maria. I plucked her from the movie and stuck her into the story. This role was not just created FOR her, it was created BY her. 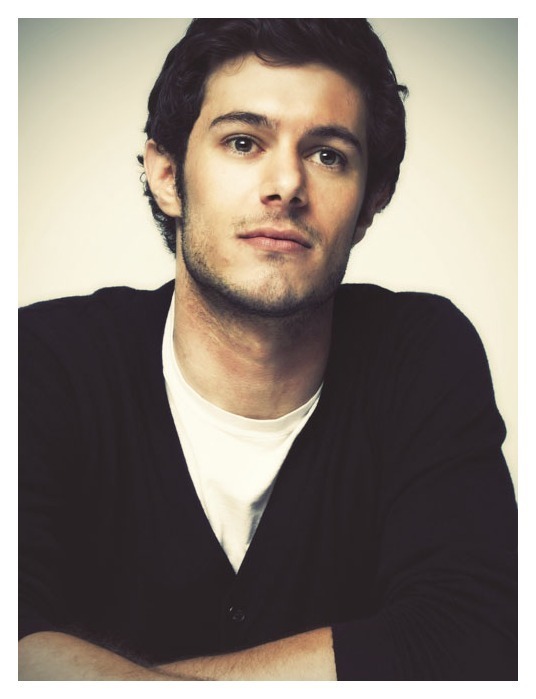 Adam Brody could pull off the ‘good guy’ vampire nicely. He has an innocent appearance to him and I think he could pull off a 450 year old 20-something. 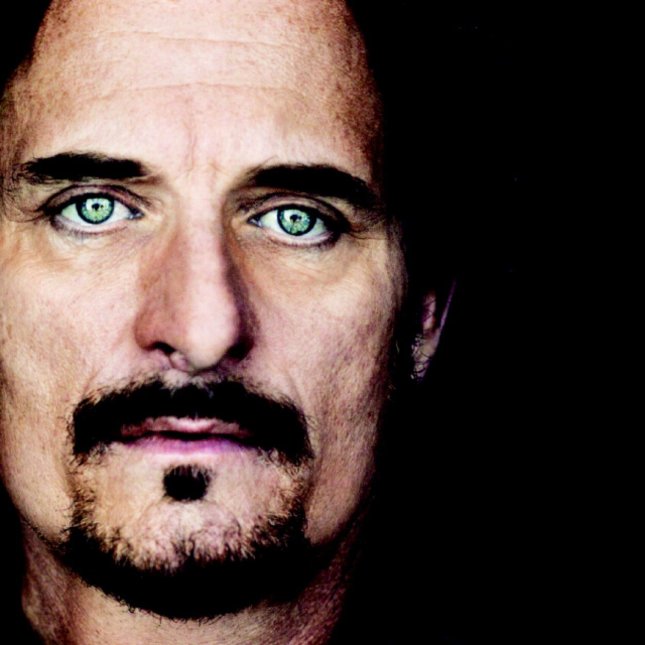 Kim Coates. Need I say more? This picture LOOKS like Viktor and Coates is such a versatile actor, I think he could bring the character to life.

Okay…so this is just a handful of the characters from the MS series, but they’re the ones that I would choose if I could.

How about you? Any actors stand out in your mind? Who did you picture when you read the stories? Feel free to share. Who knows…you might win me over and make me change my mind.

Now…to convince Hollywood that this story needs to be retold…

Posted by Heath Stallcup on June 6, 2016 in Uncategorized