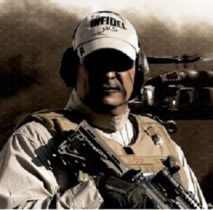 Heath Stallcup was born in Salinas, California and relocated to Tupelo, Oklahoma in his tween years. He joined the US Navy and was stationed in Charleston, SC and Bangor, WA shortly after junior college. After his second tour he attended East Central University where he obtained BS degrees in Biology and Chemistry. He then served ten years with the State of Oklahoma as a Compliance and Enforcement Officer while moonlighting nights and weekends with his local Sheriff’s Office. He still lives in the small township of Tupelo, Oklahoma with his wife and any number of his seven children. He steals time to write between household duties, going to ballgames, being a grandfather to a houseful of ankle biters and being the pet of numerous animals that have taken over his home. Visit him here or on Facebook for news of his upcoming releases.