I Dropped the Ball

I just realized that I hadn’t updated the site in a while. Actually, not since C8 and we are anxiously awaiting C11 to drop at the end of the month. That’s just unacceptable.

I’m sorry. I wish I had a valid excuse for letting things lapse here, but I don’t. Since I last posted, both C9 and C10 have released.

For those keeping score, C9 hit the shelves on Halloween and C10 was a Turkey Day release. Now, just after Christmas (when everybody has their new devices) C11 will be available! 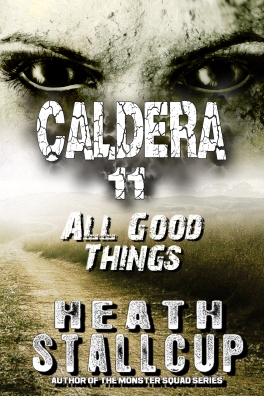 I wish I could say that 12 was soon to follow, but alas, I just got the template laid a few nights ago and it’s been a bit tough getting back into the writing habit. I can say that not all of this time was wasted doing silly stuff like enjoying the holidays with family. I actually got a little work done. Max Zener stepped in to narrate the rest of the series and he was able to pump out C4. We did a line by line with it and I just recently mashed the button so you audiophiles out there will soon be able to enjoy the continuation of the story! Ya know, it’s not easy jumping from C4 to C12. So much has happened since then that…it’s just been tough.

For those of you who have been with this series since the git-go, if you’ve heard the rumors that 12 will be the series end, then you heard correctly. There’s just too many other projects languishing by the wayside. It’s nearly impossible for me to ‘universe jump’ any more. My brain just isn’t what it used to be I suppose. Going from one cast of characters to another takes me a lot longer to adjust to than it used to.

I will say this, though…just because Caldera is ending doesn’t mean that we’ve seen the last of the characters. I actually have a spin off in mind that may or may not see the light of day. I’ve toyed for months with the idea of doing a spin off of the Monster Squad under the IMPACT label and even have a few ideas bouncing around in my noggin. It’s just getting the time and mental faculties sharpened enough to jump back into that world.

Anyway, I’m going to wrap this up. This is time that could be spent writing the tales you love to read instead of sharing mind-spew. So with that, I’ll bid you adieu. We’re caught up on upcoming releases and I promise, I’ll try to do better in keeping you updated.

In case I forget to come back between now and then, Merry Christmas! I hope that you and yours has the happiest of holidays and a prosperous new year!

Posted by Heath Stallcup on December 20, 2019 in Uncategorized